This is a complete video on how to cast-on using the long tail cast-on method when knitting. Also known as the Double Cast-on.

Keep in mind that you’re going to estimate how long of a tail you need and you’ll need to take into consideration the quantity of stitches and thickness of yarn. The more you knit, the better you’ll get better at estimating the tail length.

Wood needles aren’t as slick as metal needles. The stitches don’t slip off as easily. If you’re just learning how to knit I’d recommend plastic or wood needles to get started. Once you’re comfortable with knitting and purling you can try metal needles, just keep in mind that stitches slide off easier. 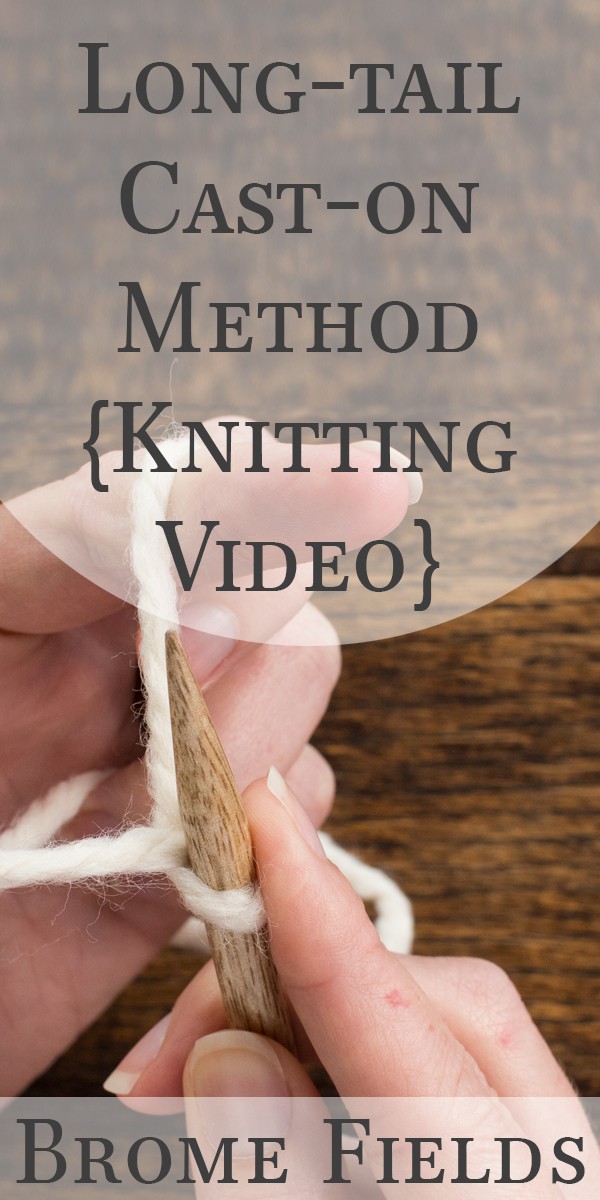