I’ve learned so much since that day about knitting, business, photography and videography. {Not that I have any of it perfected because there’s still so much more to learn! :)}

What does PSSO stand for?

It stands for Pass the Slipped Stitch Over.

Definitions, what other’s are saying:

What I’ve learned about this stitch:

What does SKP stand for?

It stands for Slip 1 stitch, Knit 1 stitch, Pass the slipped stitch over the knitted stitch.

Definitions, what other’s are saying: 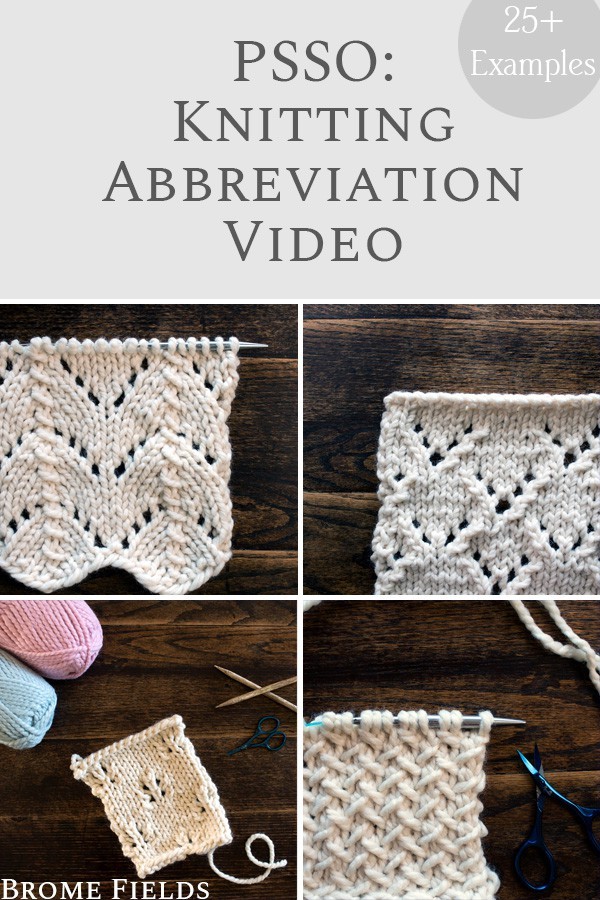